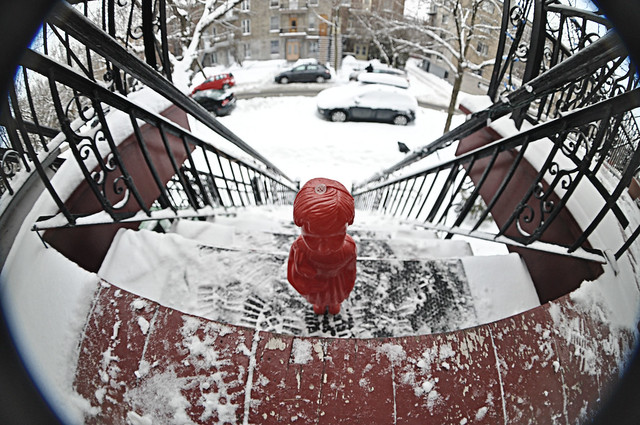 Ada was supposed to leave Malaysia in March but she never made it to her next destination. I've been sending messages to her host for months and all of them went unanswered. But Facebook tells me she's still alive and fine. Just ignoring my messages. As you all know, this is a collective experiment and it's all about trusting people you don't know. And for the first time since we got started in 2008, it looks like someone let us down. I don't know where Ada is. And we're now in July. And I don't think Ada's going to show up eventually.


Is this goodbye?
Time to move on and find a new project? Or time to reinvent this project?

Clonette dolls have grown more and more popular over the years and I've featured many of Ada's sisters before. Right now, I'm a bit heartbroken but I do have other Clonette dolls, should I use them instead? Chapter Two: a new colour instead of Ada's emblematic red?

Once again, this is a collective experiment: I would love to hear what you guys think. Comment below or get in touch!


From Oslo with love,
Adeline.

ALL RIGHTS RESERVED.
Please don't use any of these photos without asking for permission.