Ada arrived on the last day of 2012. She quietly entered my letterbox on Dec 31st, and that was a pleasant surprise, I hadn't met her in years. We spent New Year's Eve together in Ferrara with some friends, in quite a particular place (I played tombola, like the old men, and I won the ugliest prize in the contest. It was so ugly that it was even worse than not having won anything). 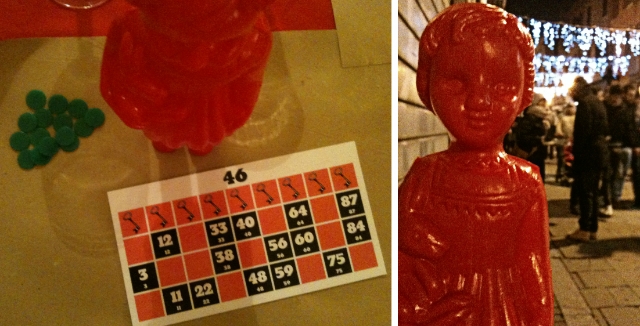 Two days after we decided to join a special dinner with friends in Igea, which is a tiny little town in Rimini area, and so we left. We enjoyed the travel and the sight - Ada was amazed about how flat this area is, but people were a little too curious about her and made us feel weird sometimes. The photo by the fireplace was taken by Michele, who took a special liking to Ada. 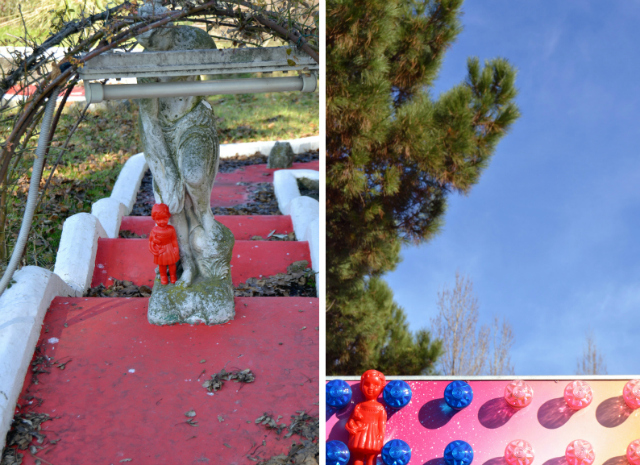 The following day we scouted the area and we ended up in Paperopoli, which is an abandoned luna-park for tourists. We explored the place, but unluckily there was nothing to be discovered. Just some trashy architecture as it is in the rest of the Riviera, which is widely reknown for its cheeky kitsch taste but also for the warm and sanguine hospitality of its people.

ALL RIGHTS RESERVED.
Please don't use any of these photos without asking for permission.